On television and in print, journalists uncover facts… to report the news as objectively as possible. Reporters, correspondents, and broadcast news analysts inform the public about events and news occurring internationally, nationally, and locally. Reporters and correspondents —or journalists— spend a lot of time in the field… meeting contacts, investigating stories, and conducting interviews so they can write or record a story. The work is often fast-paced to meet deadlines or be the first to break news. Multimedia skills are increasingly in demand, so that journalists can add audio, video and graphics to adapt stories for different platforms… including newspapers, magazines, television, live radio, websites, podcasts and social media. Some reporters freelance, covering individual stories for a fee or marketing their own stories to news organizations. Broadcast news analysts work in radio and television, sharing their opinions with their audience, based on their expertise in a particular subject, such as politics, business, or medicine. Most reporters, correspondents, and broadcast news analysts work full time. Travel is common, and may include exposure to risks in situations such as war zones or natural disasters. Schedules change as news occurs, and may include nights and weekends. To enter the field, a bachelor’s degree in journalism or communications is preferred, along with related experience such as internships or work in college news media.

There's this classic image of a journalist as a dedicated truth-seeker who is always on the hunt for a story that matters, and there's some truth to it; many journalists spend their whole careers looking for a story that will have maximum impact. Journalism offers a way to engage the public in current events and social issues, and it comes in many forms. The prototypical journalist is a curious writer with a notebook - a journal, if you will - who scribbles notes and quotes constantly. These days, they often have tape recorders (or camera crews) or cameras (that may or may not come with a separate photographer), especially as contemporary and online readers enjoy audiovisual content.

Some journalists function primarily as writers and researchers, while others may work more like reporters, doing more interviews and presentations than writing and publishing. The work they do depends largely on what an employer expects of them, though some committed journalists have been known to go rogue in the name of truth and justice. The constant among journalists is almost always interviewing, which is a specialized skill that no one does quite like journalists. In some situations, interviewing is less about prompting people to talk than it is making them feel comfortable enough to give a journalist information no one else has. Mastering this skill can open up a world of opportunity for a dedicated story seeker.

Work in journalism may include...

Journalists work for news entities in print, broadcast, and online media. They often work full time in newsrooms or out on the scene. A journalist's focal subject will greatly affect where they get sent on assignment and what will be expected of them there. A sports journalist may spend time at games or interviewing players, while an investigative journalist's work may involve taking on an alias and spending time within a certain institution or organization. Independent journalists may pursue big stories with the intent of documenting their findings in a book or submitting their complete work to a well-known publication. Some journalists run blogs or have podcasts, while others may go so far as to post live coverage of events on certain social media sites as they occur.

People come to journalism in different ways. Some pick up an interest in high school or earlier and may contribute to school publications to develop their skills. It's common for aspiring journalists to pursue undergraduate degrees in journalism or broadcast communications, though many who have identified specific areas of interest may study subjects like economics, political science, public policy, or international relations. Media programs typically include instruction in writing, interviewing, story crafting, and audio or video editing. Dedicated journalism students who want to explore their potential further may enroll in graduate level journalism programs, where they can focus on more long-term projects and probe deeper into certain aspects of the discipline. 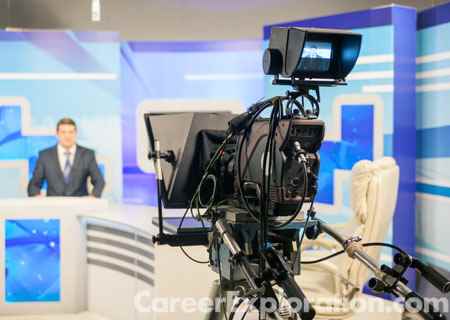 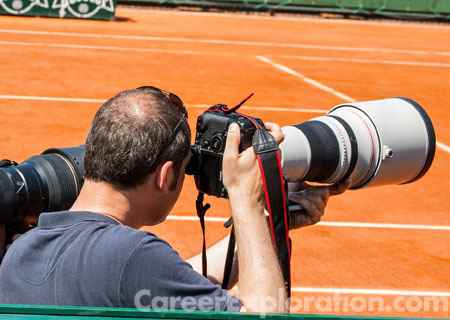